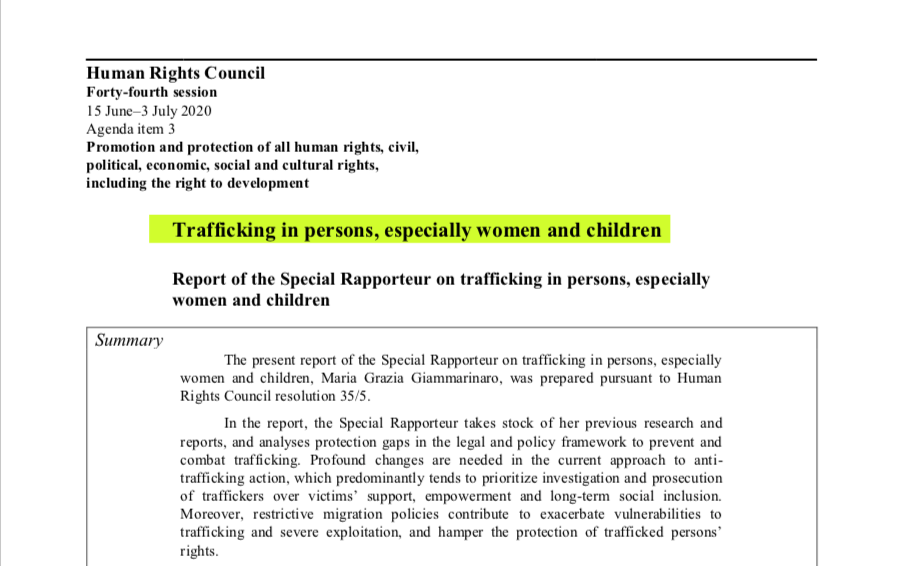 According to the knowledge and experience gained during her tenure, the Special Rapporteur believes that profound changes are needed in the approach to anti-trafficking action. Estimates show that forced labour, including in the context of trafficking, is a massive widespread phenomenon, involving millions of people. While sexual exploitation, mostly involving women and girls, remains a significant proportion of all cases, labour exploitation probably represents the highest percentage of trafficking in persons. The scale of the problem suggests that trafficking should be considered first and foremost a matter of human rights and social justice. Trafficked persons are in fact an enormous reserve of cheap labour or even unpaid labour, misused and victimized for this purpose, while the proceeds of their hard work enrich not only their traffickers, very often criminals, but also their final exploiters, very often well-established and respected actors in the formal economy.

This is the reason why Governments should, as a matter of priority, address businesses with a collaborative approach, asking for voluntary initiatives in compliance with due diligence obligations to respect human rights, and at the same time impose on corporations basic obligations to report on the actions they take, identify and minimize risks, and provide remedies for people subjected to trafficking in their operations, including their supply chains. The agency of exploited and trafficked persons should be promoted and valued, by respecting their freedoms of assembly and association and their rights to form or join trade unions, and by providing workers who denounce exploitation with viable and regular alternative jobs, and residence status if needed. 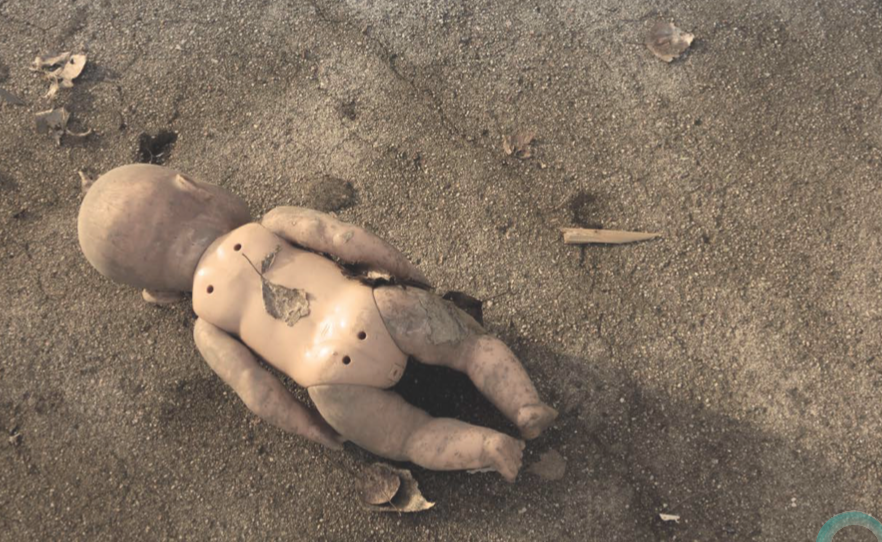 UNODC - Handbook on Children Recruited and Exploited by Terrorist and Violent Extremist Groups: The Role of the Justice System 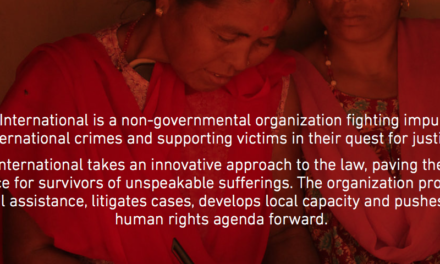 Combating trafficking in persons: a call to action for global health professionals 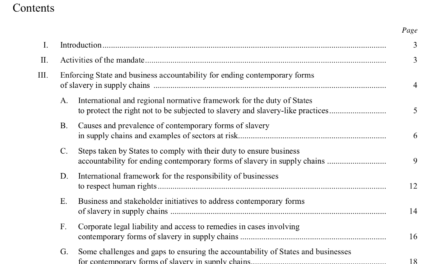 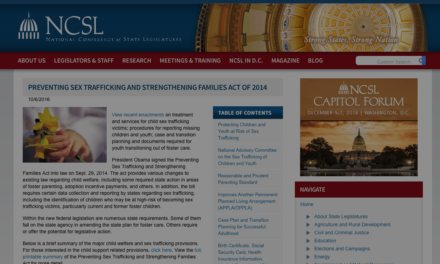