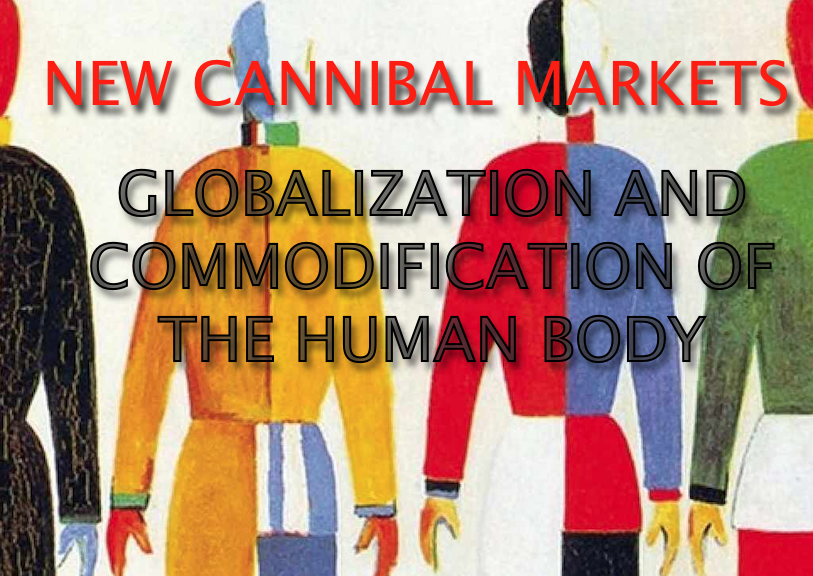 PRESENTATION OF THE BOOK : NEW CANNIBAL MARKETS : GLOBALIZATION AND COMMODIFICATION OF THE HUMAN BODY  / RAINHORN JEAN-DANIEL

Why the metaphor of cannibalism?

Using money to purchase the functions or products of a human body to improve one’s health is surprisingly similar to the ritual cannibalism of eating someone’s body to take on their virtues.

As we know, cannibalism has very old and very deep roots in human history. Greek mythology gives many examples, starting with Kronos, Zeus’s father, right through to Dionysus and his bacchanals, and Prometheus, each of these being an attempt to explain the origin of humanity. One also finds the metaphor of cannibalism in Christianity, with Jesus’s words at the Last Supper: “Whoever eats my flesh and drinks my blood has eternal life” (New Testament, John 6:54). In psychoanalytic language, cannibalism expresses the notion of “incorporation,” a phase in a child’s development when he or she develops a perception of the world by “devouring” the maternal breast (Freud 1950).

Finally, the expression “cannibalize” is often used in the trade of used parts, particularly of cars and machines. Here, we see how close this expression is to the realities of trade in the human body which, based on this image, is reduced to the simple purchase of used objects in more or less good condition.

In a word, the metaphor of cannibalism could seem excessive to some, yet it admittedly does illustrate well the trading mechanism of appropriating bodies for medicine, health or well-being, a practice that is developing in the health-care sector on an international scale.

Healing that exploits bodies of others

The association of scientific progress with neoliberal globalization has led to new realities and new behavior in the health sector, such as cannibal markets, new forms of servitude and slavery, medical tourism, and unequal treatment in the face of illness and death. The result is a slow migration away from the Hippocratic principles that have served as an ethical framework for medicine for the past two thousand years. Of course, many would argue that health-care is not like other fields, that it is about suffering, illness and death, and in addition that “health has no price.” But is that a reason to go as far as dehumanizing the other—the other who is also a human being—to the point of reducing his or her body to an object you can pay for to benefit from?

Advances in biomedicine have led to new, and particularly lucrative, health industries, and their rapid development has contributed to major behavioral changes that sometimes call into question certain well-established values that have until now been considered universal. Indeed, today, in a globalized neoliberal environment, there are markets for the human body that have little or no regulation and depend in part on the massive rise in inequalities worldwide. Such inequalities are at once social, economic and cultural and the created markets allow improved health for some people—those in privileged social classes—by exploiting the bodies of other human beings—the disadvantaged.

These new markets result in a new way of looking at the integrity of the human body, which is no longer a sacred universal value.

We are seeing the development of worldwide markets in which everything can be bought and sold—even the human body—under conditions that are farther and farther from a respectful vision of the human person. It is like a huge supermarket in which the consumers can find everything they think they need. We are experiencing a true cultural revolution, one that provides the immediate satisfaction of personal needs.

A new type of society seems to be developing insidiously, a profoundly unequal global society that is less respectful of human beings and, perhaps, in the long run, more totalitarian.

This society operates under rules that more often than not escape all forms of public regulation, even when they impact the most basic human-rights. As Herbert Marcuse (1955) reminds us: “Concentration camps, mass exterminations, world wars, and atom bombs are no ‘relapse into barbarism,’ but the unrepressed implementation of the achievements of modern science, technology, and domination.”

Globalization and Misuses of Biotechnologies: Back to Cannibalism?

Part 1. Trading in the Human Body

Rest in Pieces: A Short Genealogy of Cannibal Markets

To Ban or Not to Ban: The Ethics of Selling Body Parts

The case in favor of selling body parts

The case against selling body parts

The Value of Life: Religions and Commodification

The human body from a religious perspective

How Do We Balance Risk and Desire?

States of Confusion: Regulation of Surrogacy in the United States

The legal landscape for surrogacy in the US

The growing diversity of lifestyles

The medical profession and commercial enterprise

For Motherhood and for Market: Commercial Surrogacy in India

Within Me, But Not Mine: Surrogacy in Israel

Ethics and morality, and the motivation to behave well

Consequences of Change: India and the Philippines as Case Studies

Is Transplantation Tourism a Form of Cannibal Market?

Lessons in Donation: The Spanish Experience in Latin America

ONT and the Iberoamerican example

An Alternative to Trade: The Iran Experience

Development of transplantation in Iran

The Ends of the Body: Neocannibalism and Military Necropolitics

Biopiracy of the dead: the body of the enemy

An anthropology of evil?

Theft of life—the real, the unreal and the uncanny

Do Human Body Parts Have a Social Life?

In the Name of Quality and Safety: Commercialization of Human Cells and Tissues

Ethical issues: out of scope, out of mind?

The globalization of human cells and tissues

The doctrine of double effect

In the name of quality and safety

Globalization, merchandizing (between cannibalism and vampirism)

The responsibilities of the professional in transfusion medicine

Who Are the Owners?

What else? Development, Gender, and Human-Rights

From Colonization to Neocolonization: New Forms of Exploitation

Inequality and exploitation of the human body, phenomena as ancient as the world itself

Some features of today’s commodification of the human body

A new form of exploitation of international inequalities

Commodified Bodies: Is It a Gender Issue?

Commodification and commercialization of the womb

Trafficking in Persons for the Removal of Organs: A Human-Rights Approach

Importance of a human-rights approach to HTOR

Questions for the future

The challenges of failed governance

Governance of MPHOs: a responsibility for national authorities

Rejection of financial gain in the human body

The WHO MPHO initiative

Human Commodification: Professions, Governments, and the Need for Further Exploration

Application of regulations to “cannibalized commodities”

Biographies of the Contributors

"TO BE A CANNIBAL IS NOT THE FACT OF EATING HUMAN BODY ONLY, BUT TO EAT IT TO TAKE ITS STRENGTHS, ITS CAPABILITIES...ISN'T IT WHAT WE ARE DOING WHEN WE PURCHASE HUMAN ORGANS?"

The use of new biomedical technologies has led, among other factors, to an increase in demand for health care. However, for reasons that are mainly economic, legal, ethical or related to a shortage of human resources, public health services in developed countries cannot respond to this growing demand, leaving some patients with unmet needs.

Liberalisation of the international healthcare market and rationalisation of public health expenditure over the past twenty years have resulted in two fundamental changes in the organisation of healthcare services at a global level. On the one hand, some emerging countries have developed private, highly specialised health services particularly designed to meet foreign demand at low cost. This new type of medical supply has a growing influence on the behaviour of patients who are more and more willing to go abroad for treatment. On the other hand, liberalisation has allowed greater mobility of human resources, allowing health personnel in poor regions to look for better-paid jobs outside their countries. This double movement of health professionals and patients is one of the most noteworthy features of the new globalised healthcare industry.

Traveling for medical care, known as medical tourism, has recently grown in fields such as oncology, cardiovascular surgery, medically assisted reproduction, and organ/tissue transplantation. In the last two of these fields, development of medical services is supported in some countries by flexible legislation and the existence of a large number of socially vulnerable people. The result is a wide availability of low-cost resources needed for specific treatments (organs, human material, surrogate mothers, etc.). In order to meet the health needs of resident or foreign patients who can afford the costs of these medical services, human body parts of socially disadvantaged persons are rented or purchased on a more or less legal basis. Commodification of human body parts is another feature of the global healthcare market. A new type of trade based on increasing social inequality in most societies and between countries is developing. The result is an economy that is not only comparable to a neo-colonial one, but also to a kind of cannibal market.

In order to better understand various aspects of this new market and assess its implications for the future, it is proposed that an international and multidisciplinary conference be organised in Geneva, Switzerland on February 6-7, 2014. The major objectives of the conference will be: (i) to analyse, from a social sciences perspective, the globalised development of the commodification of the human body for medical purposes; (ii) to develop the outline of a research agenda based on key ideas and findings that emerge from the discussions; and (iii) to create an international network of social scientists for this topic. The discussions will be based on these four case studies: (a) the unregulated market of assisted reproduction technology and in particular the development of commercial surrogacy; (b) the conditions for organ harvesting that feeds the market for transplantation; (c) the "brain drain" of health professionals which reduces the capacity of poor countries to meet their health challenges; and (d) the development of private institutions that collect, store and sell human material (gametes, embryos, blood, tissues, etc.). Four areas in which the growth of this market has significant human, social, medical, economic, legal, religious and ethical implications. 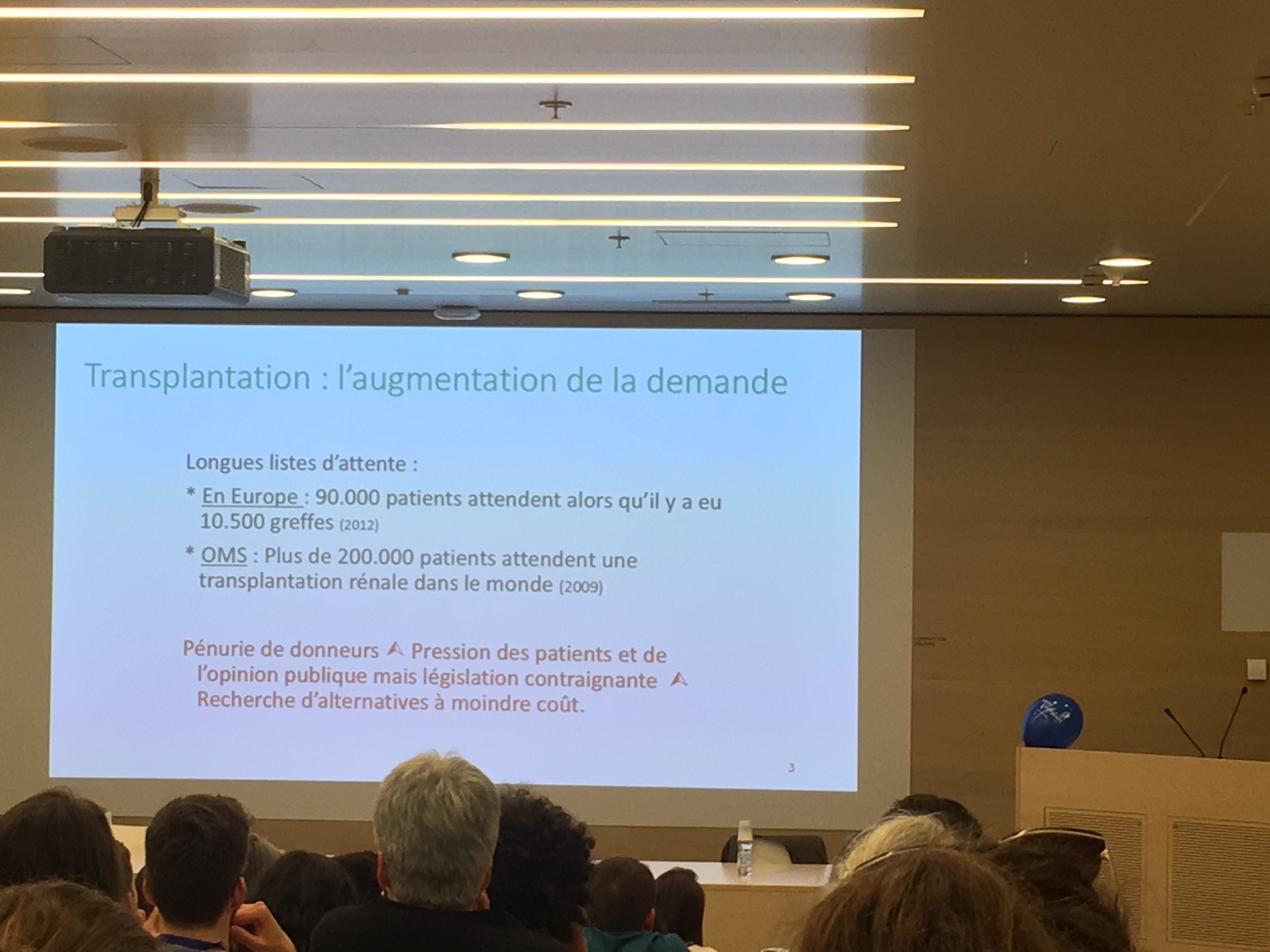 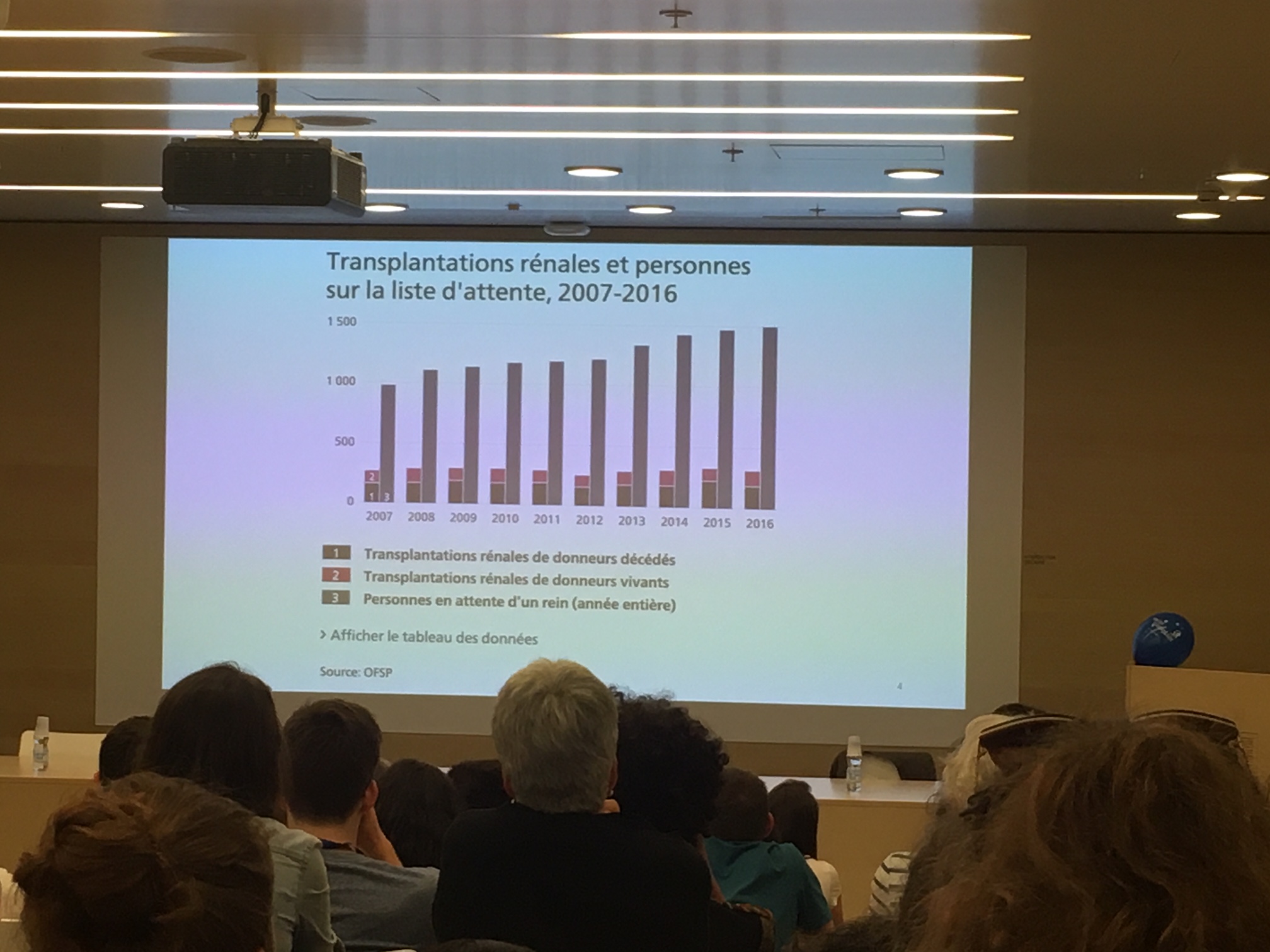 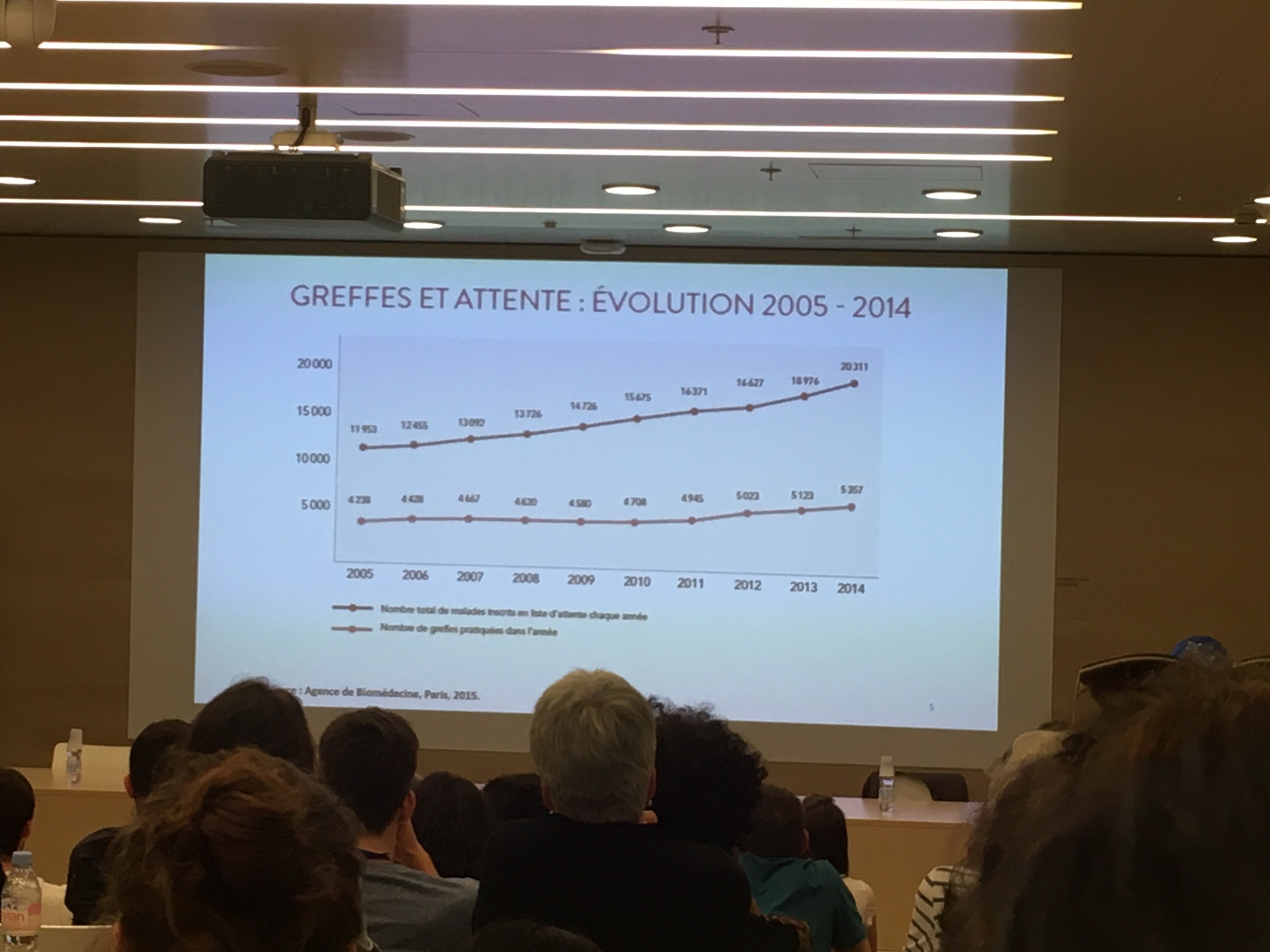 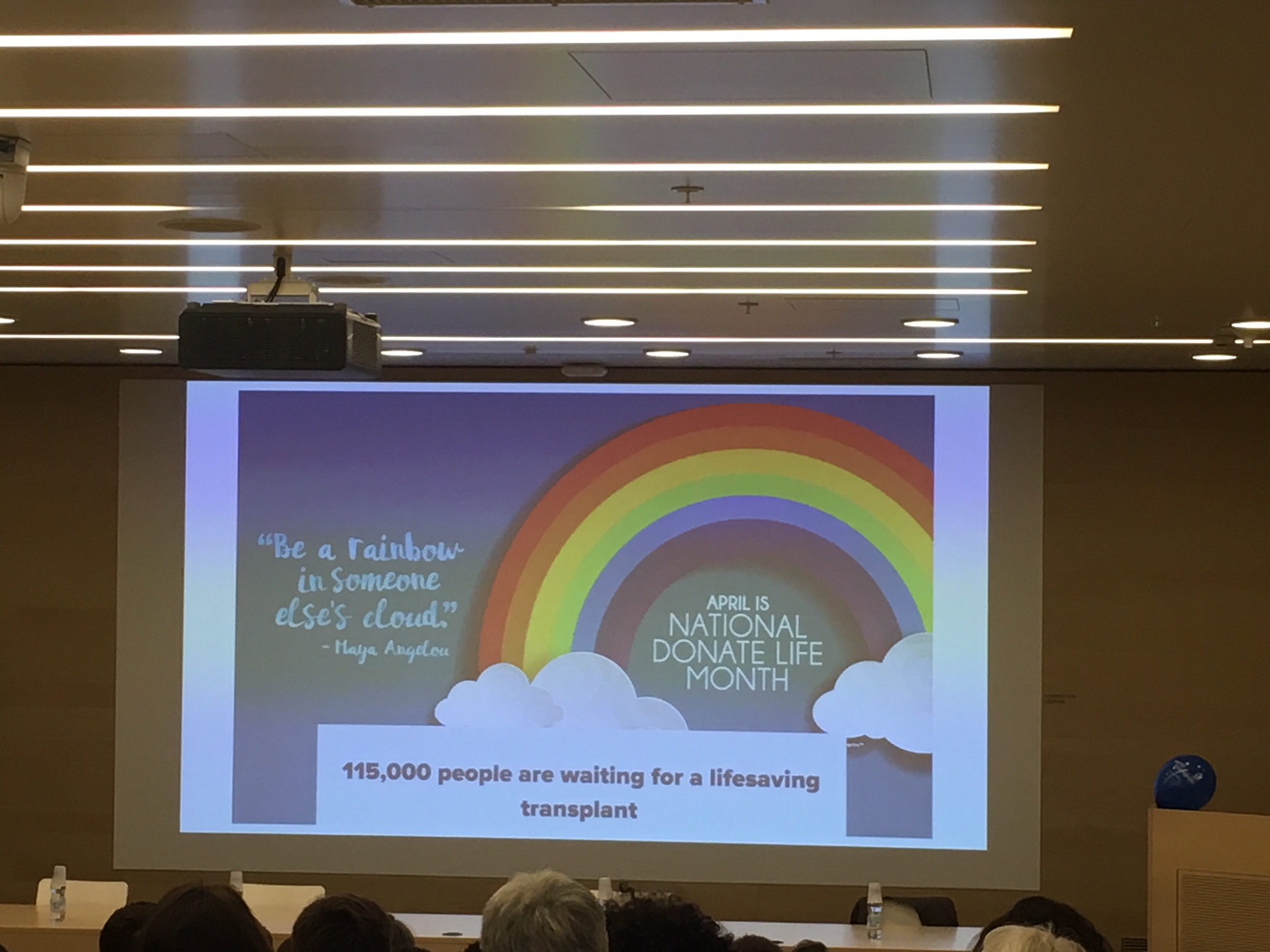 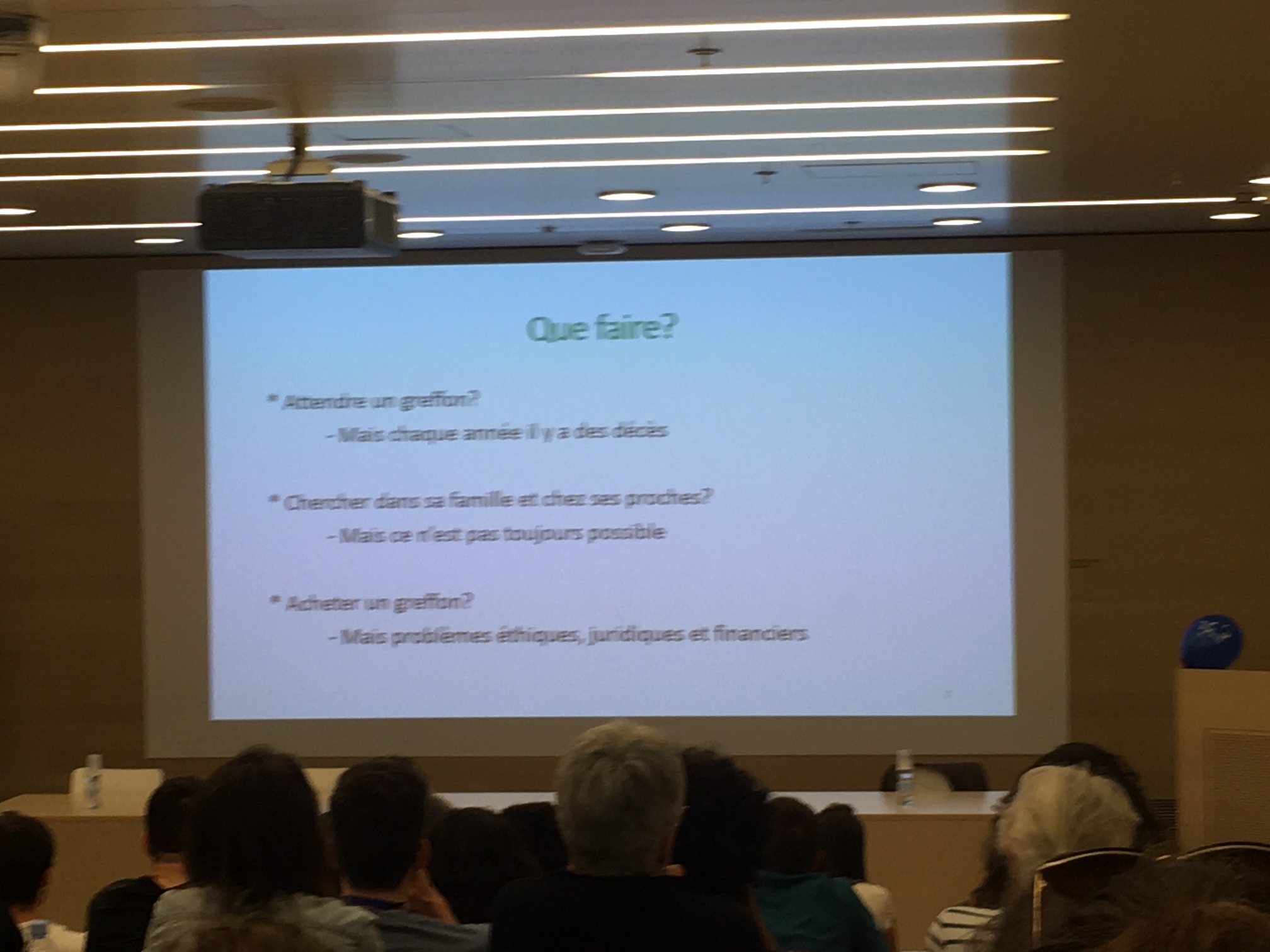 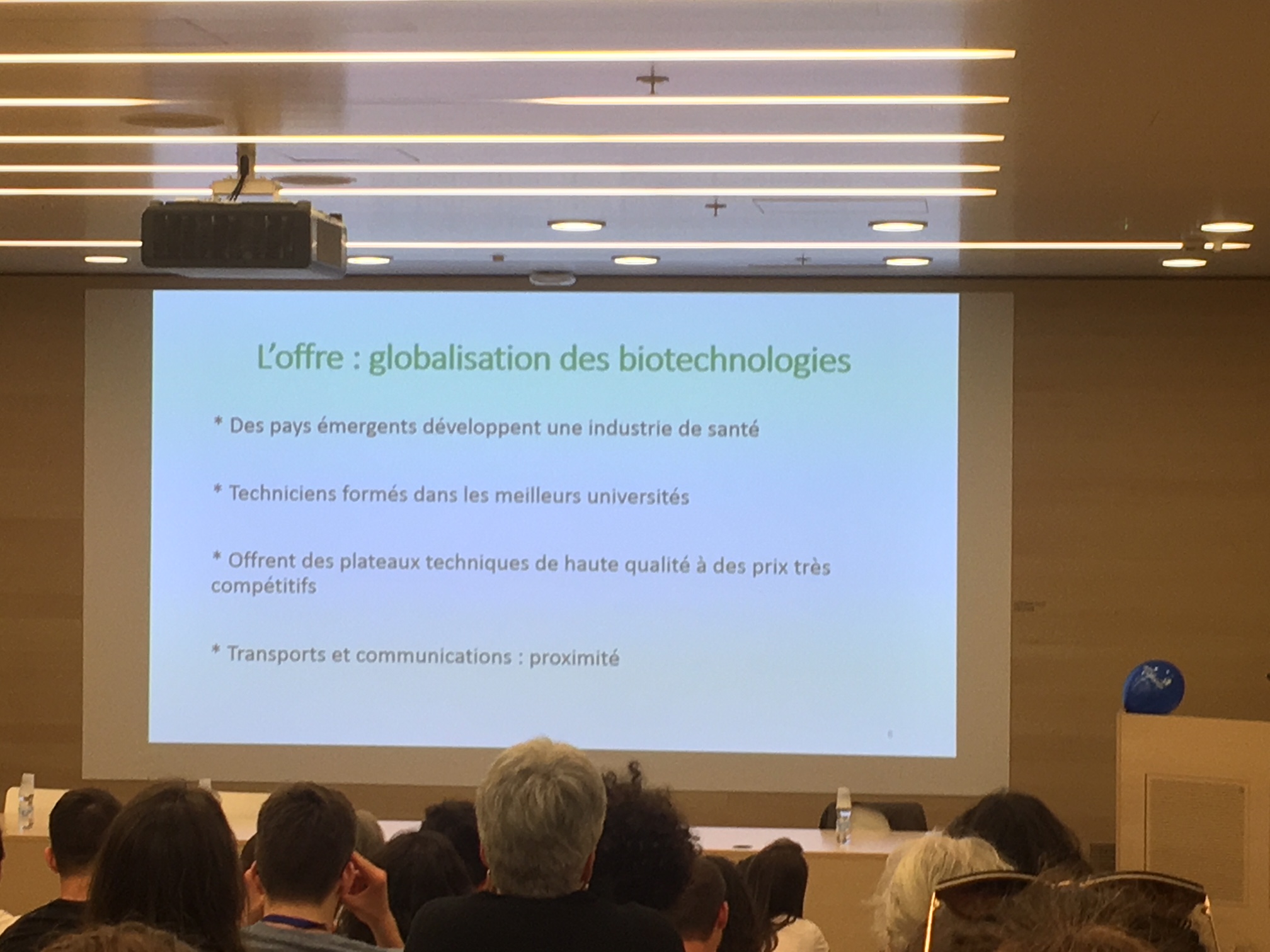 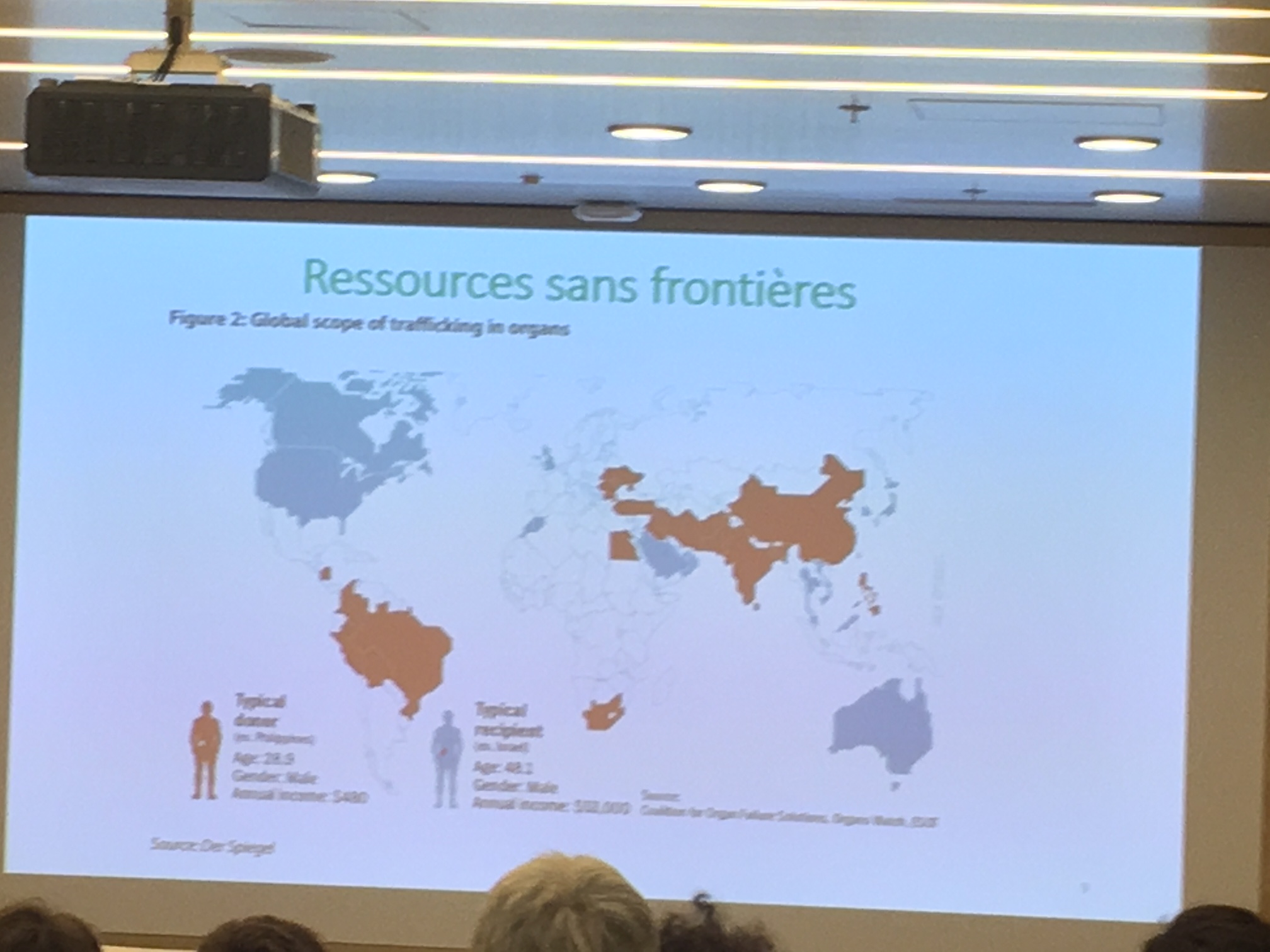 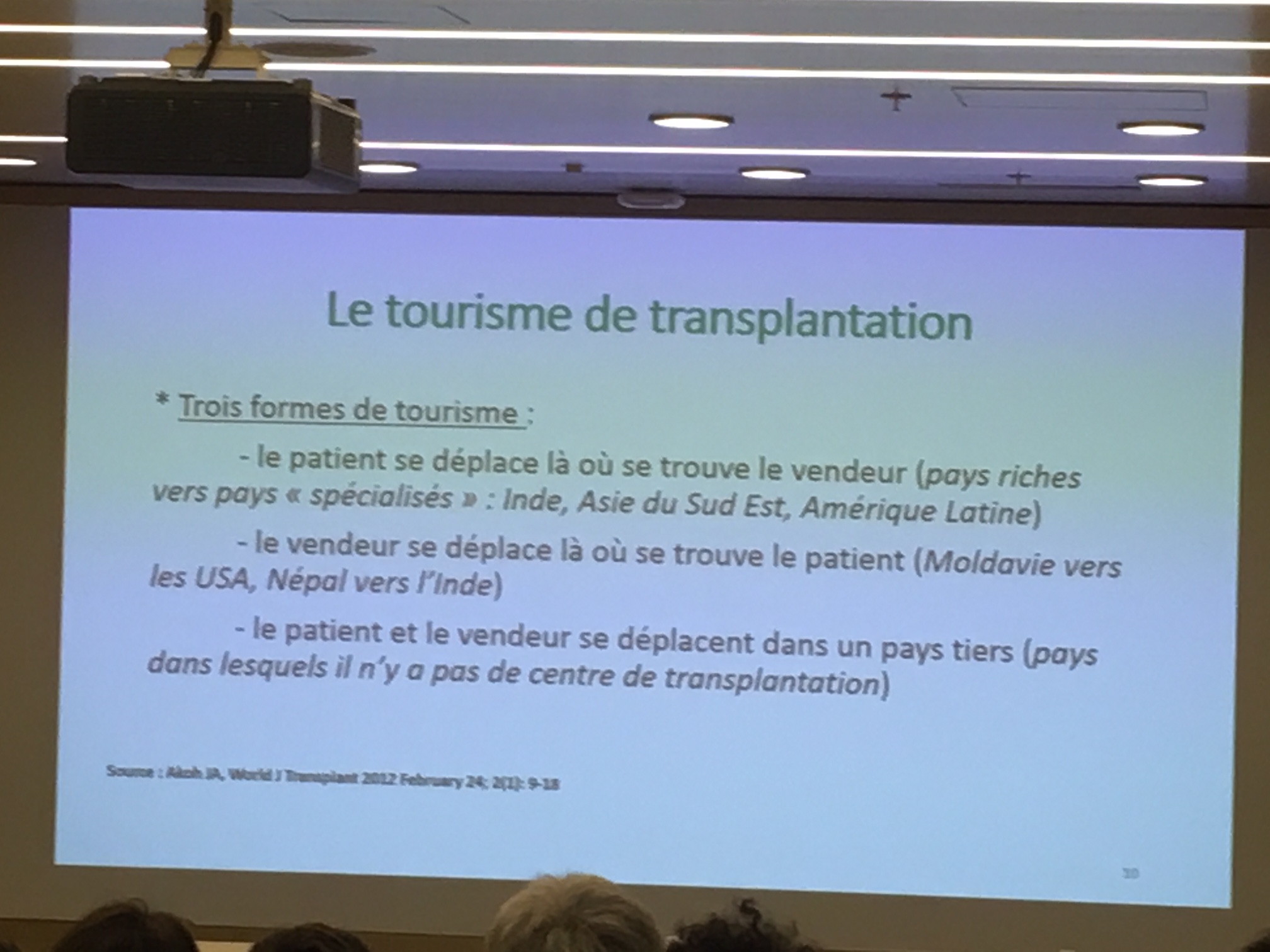 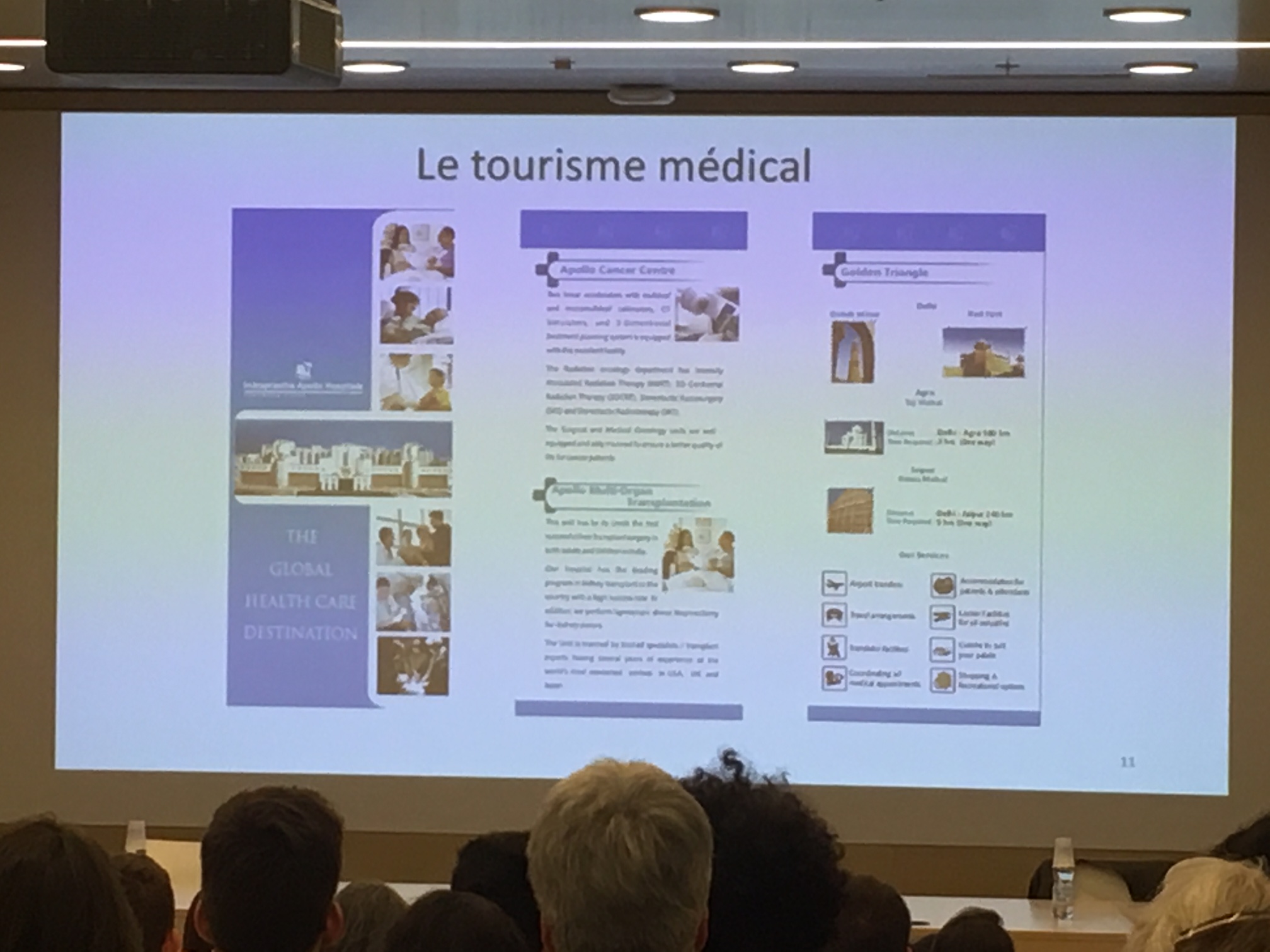 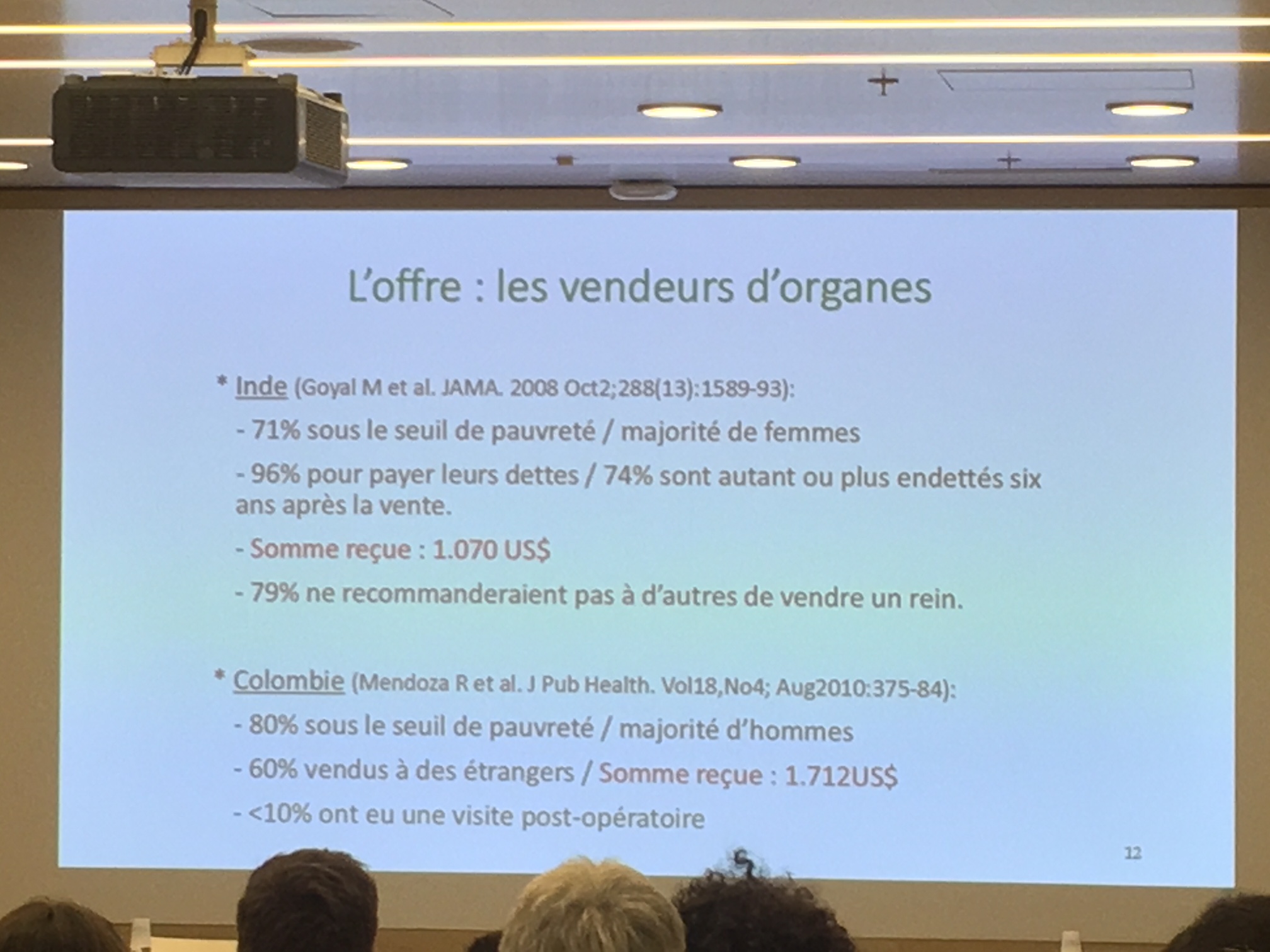 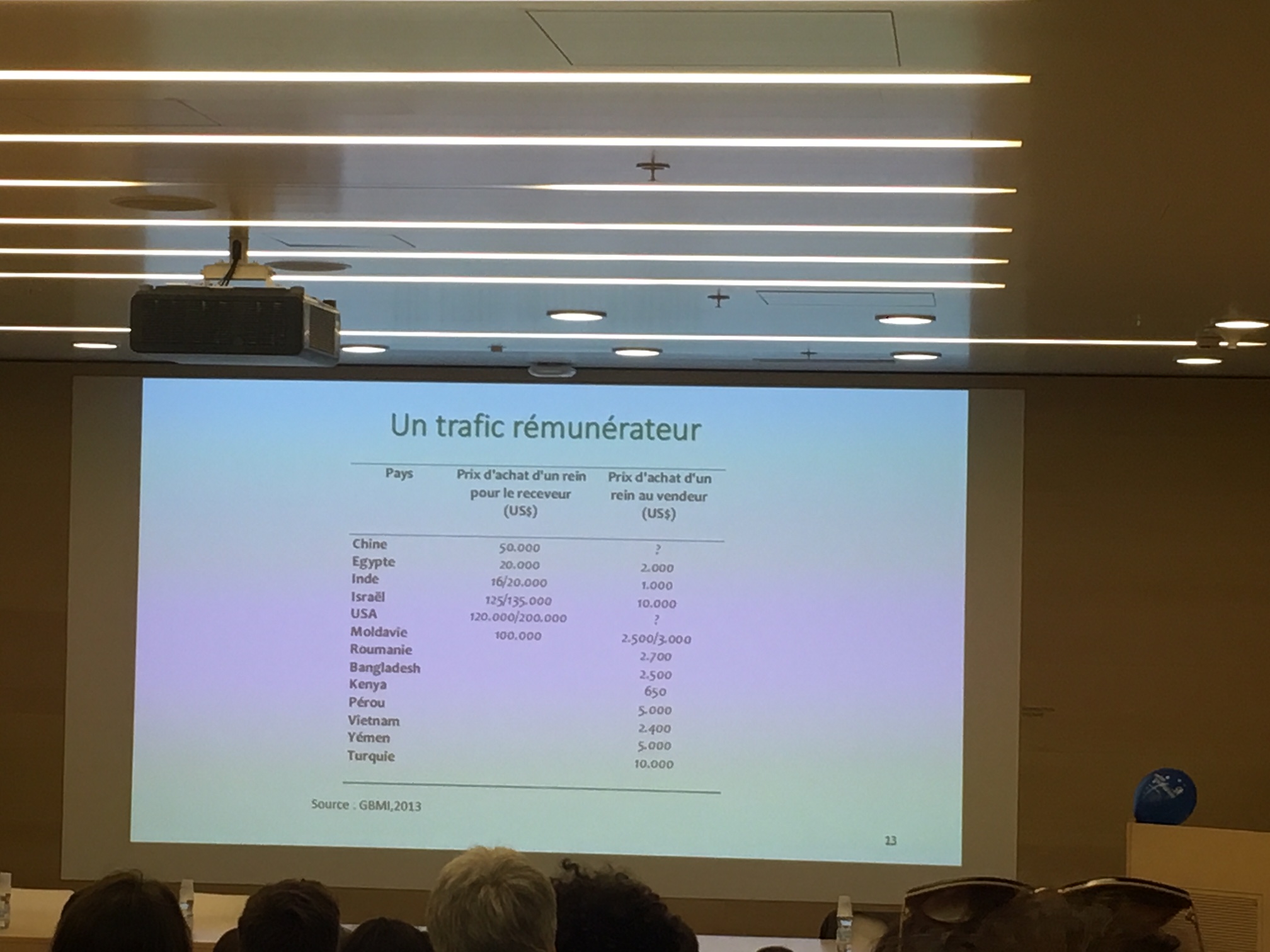 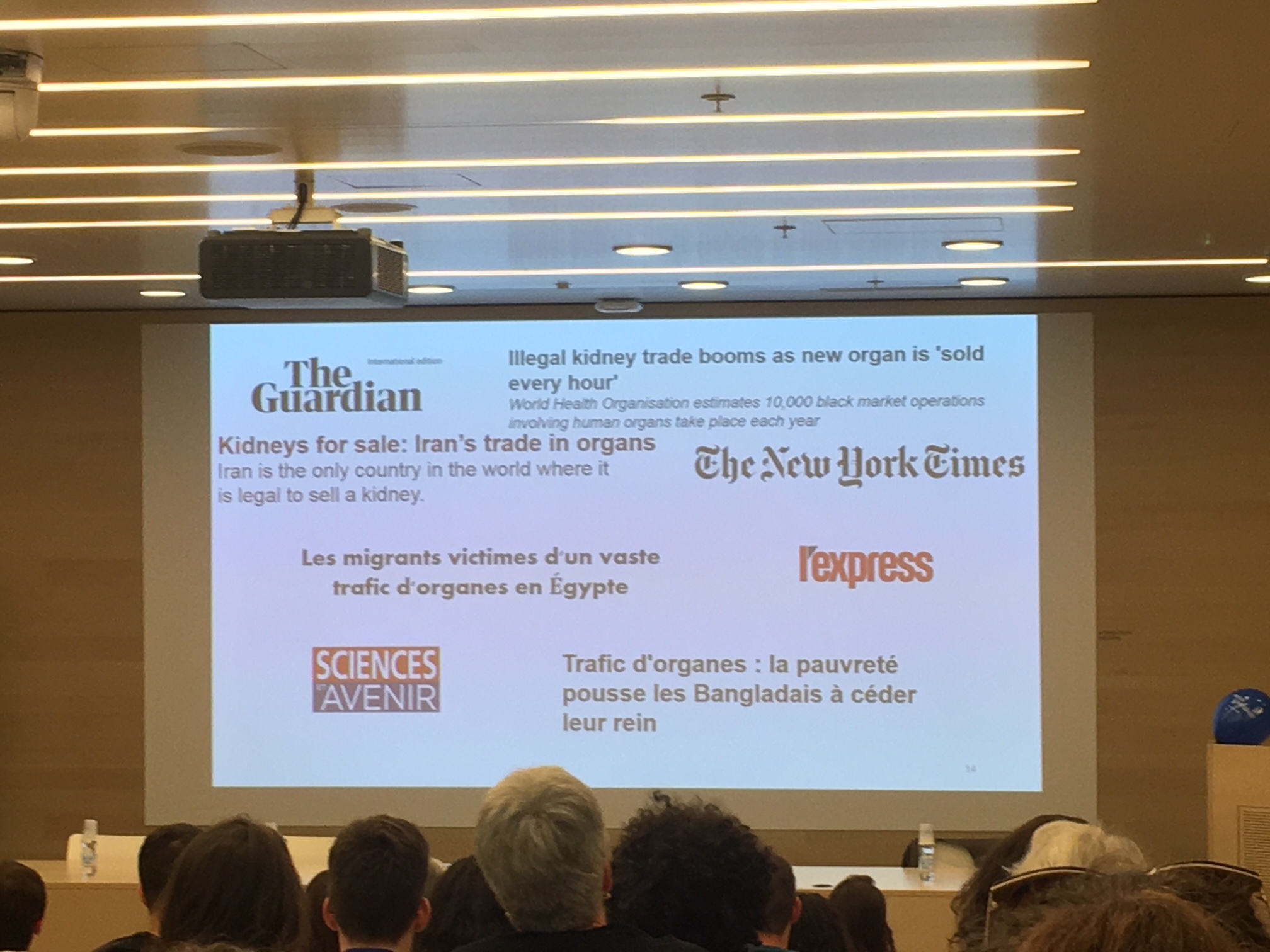 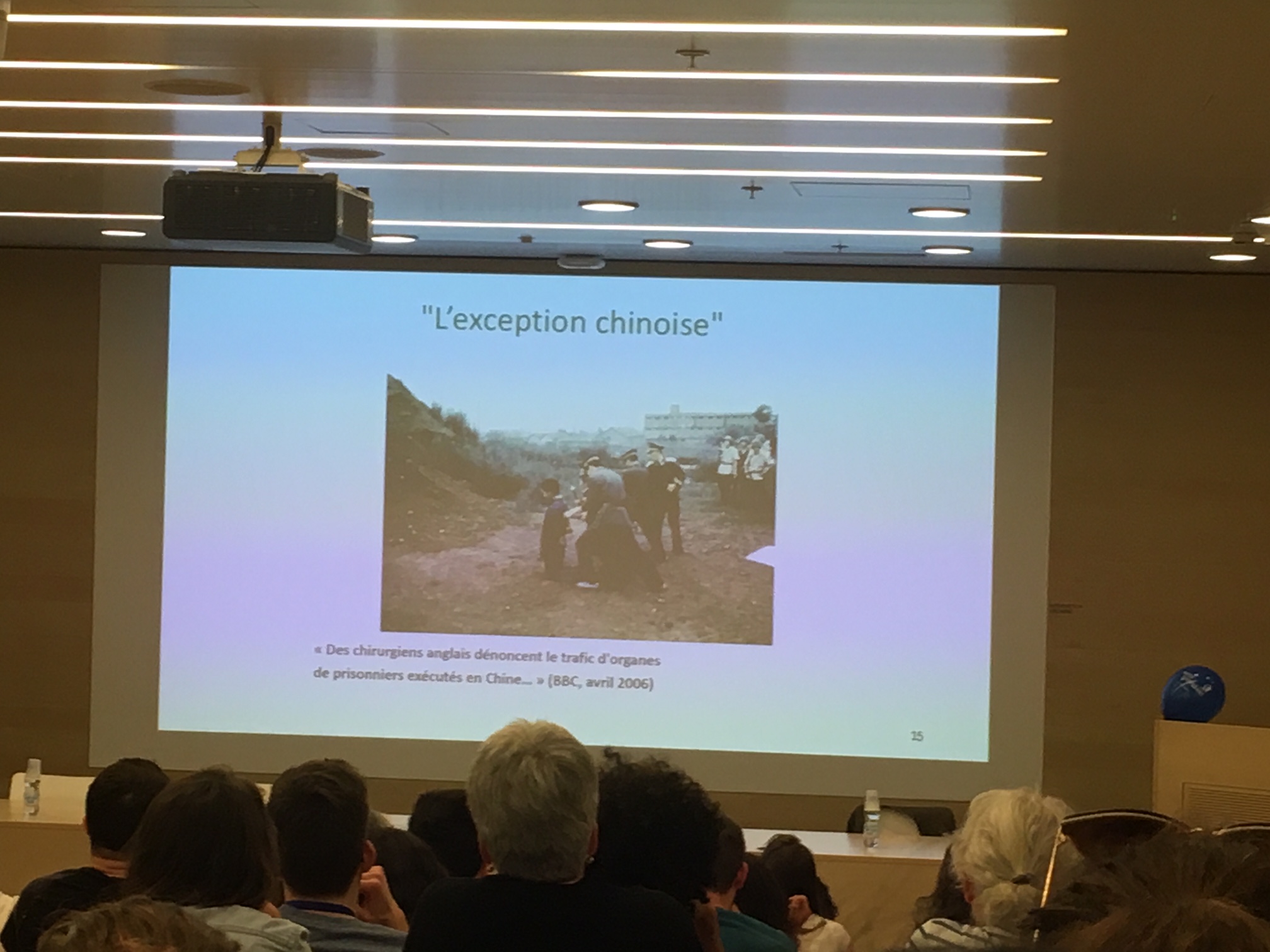 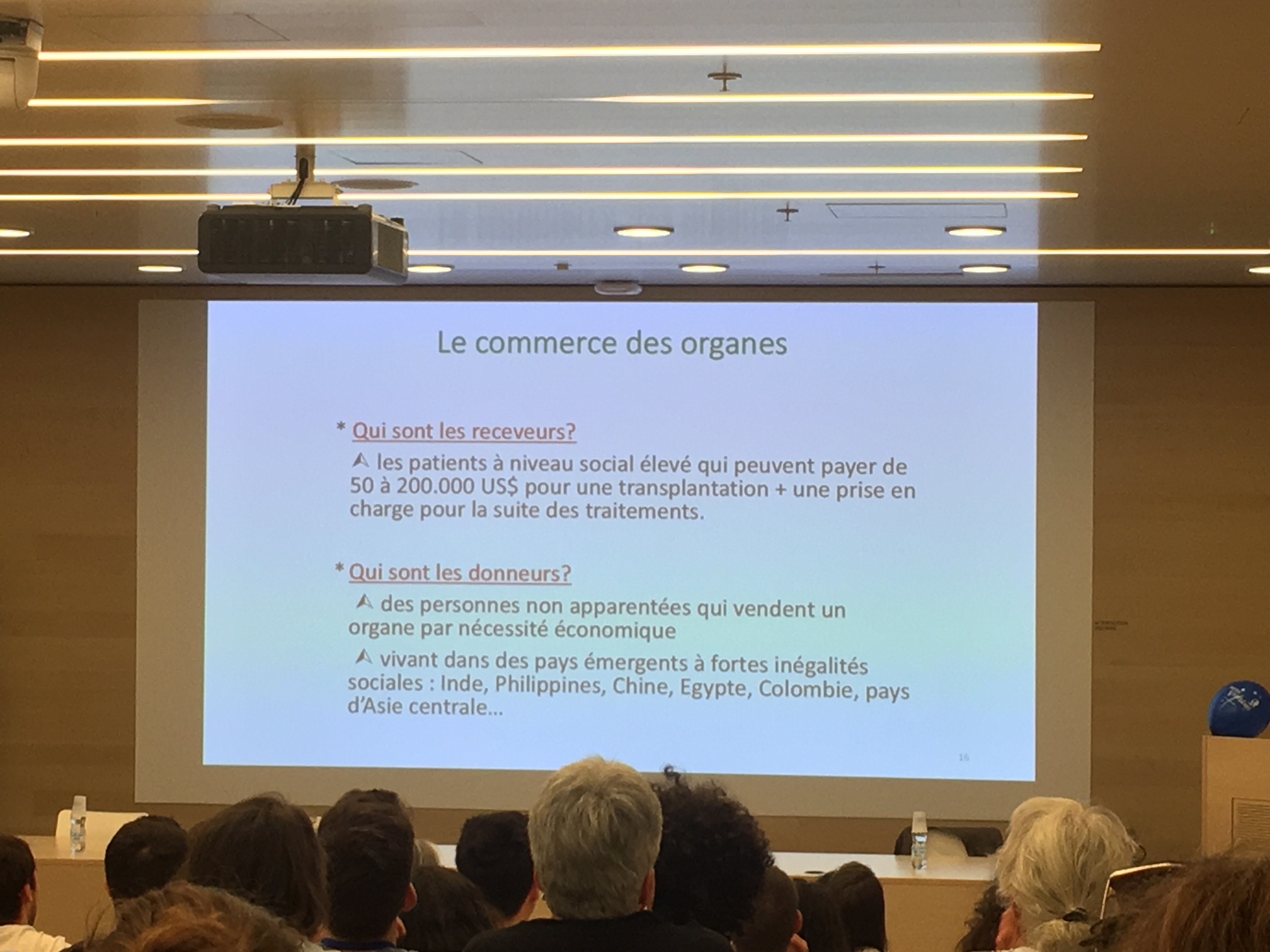 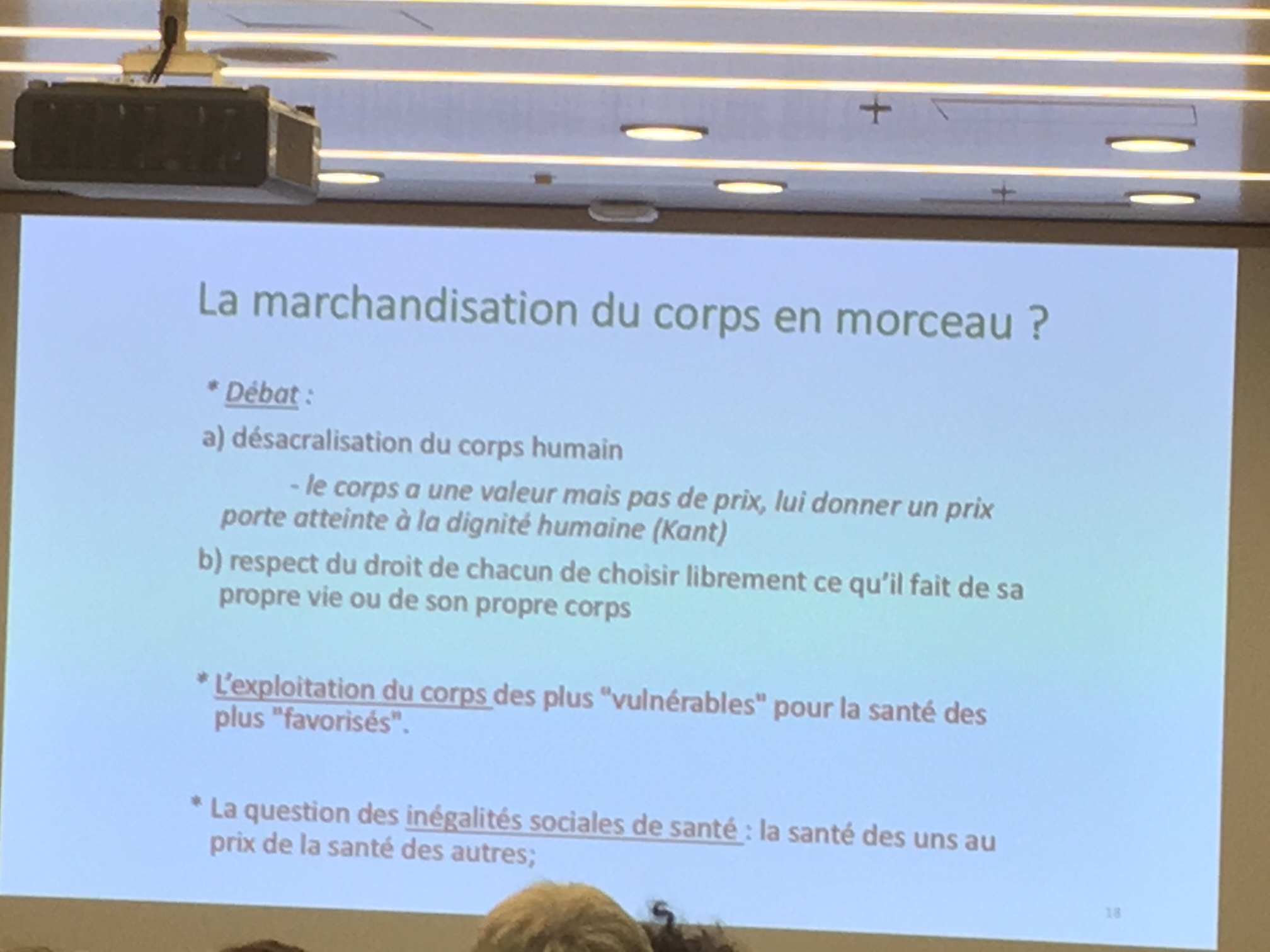 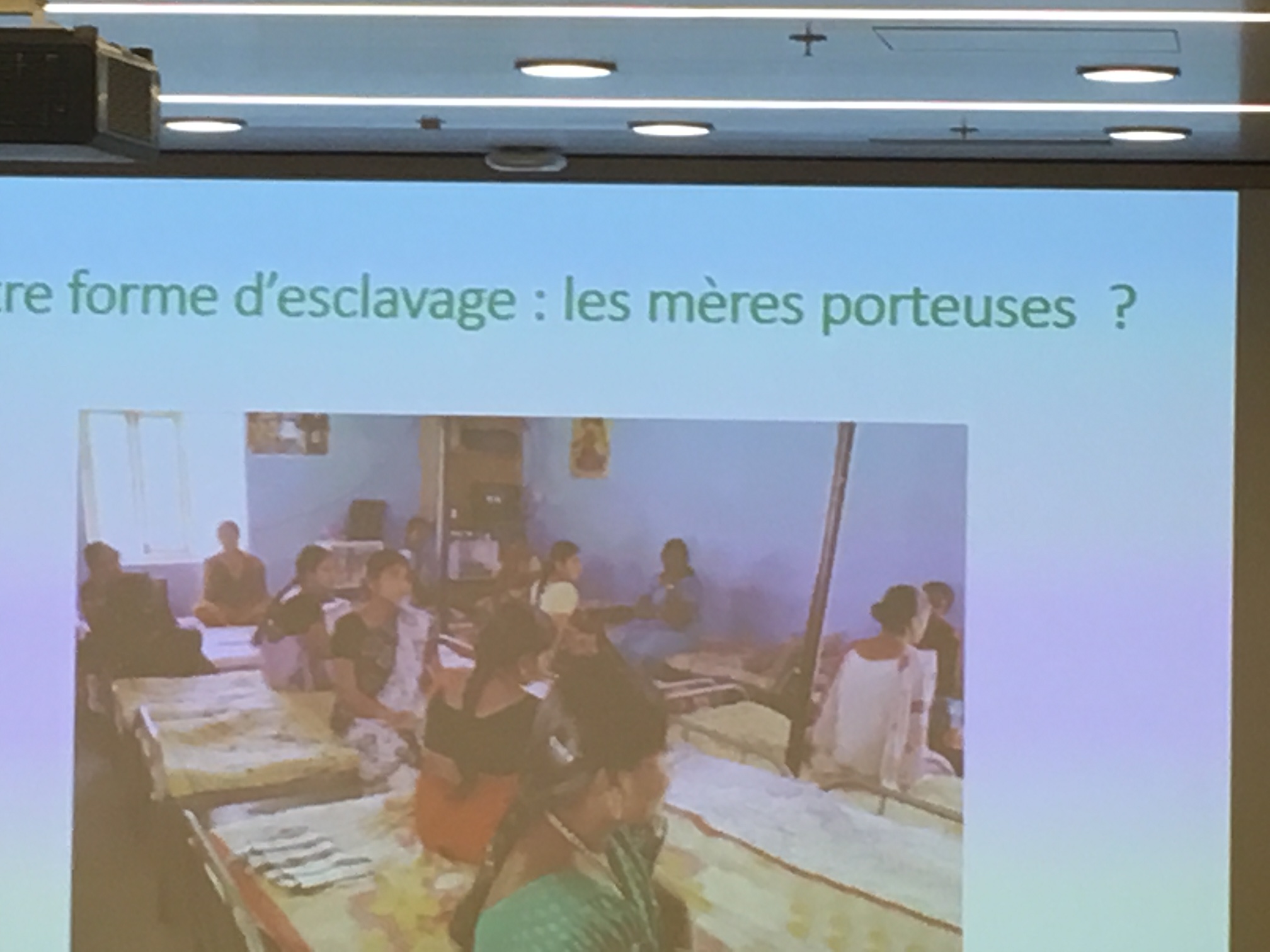 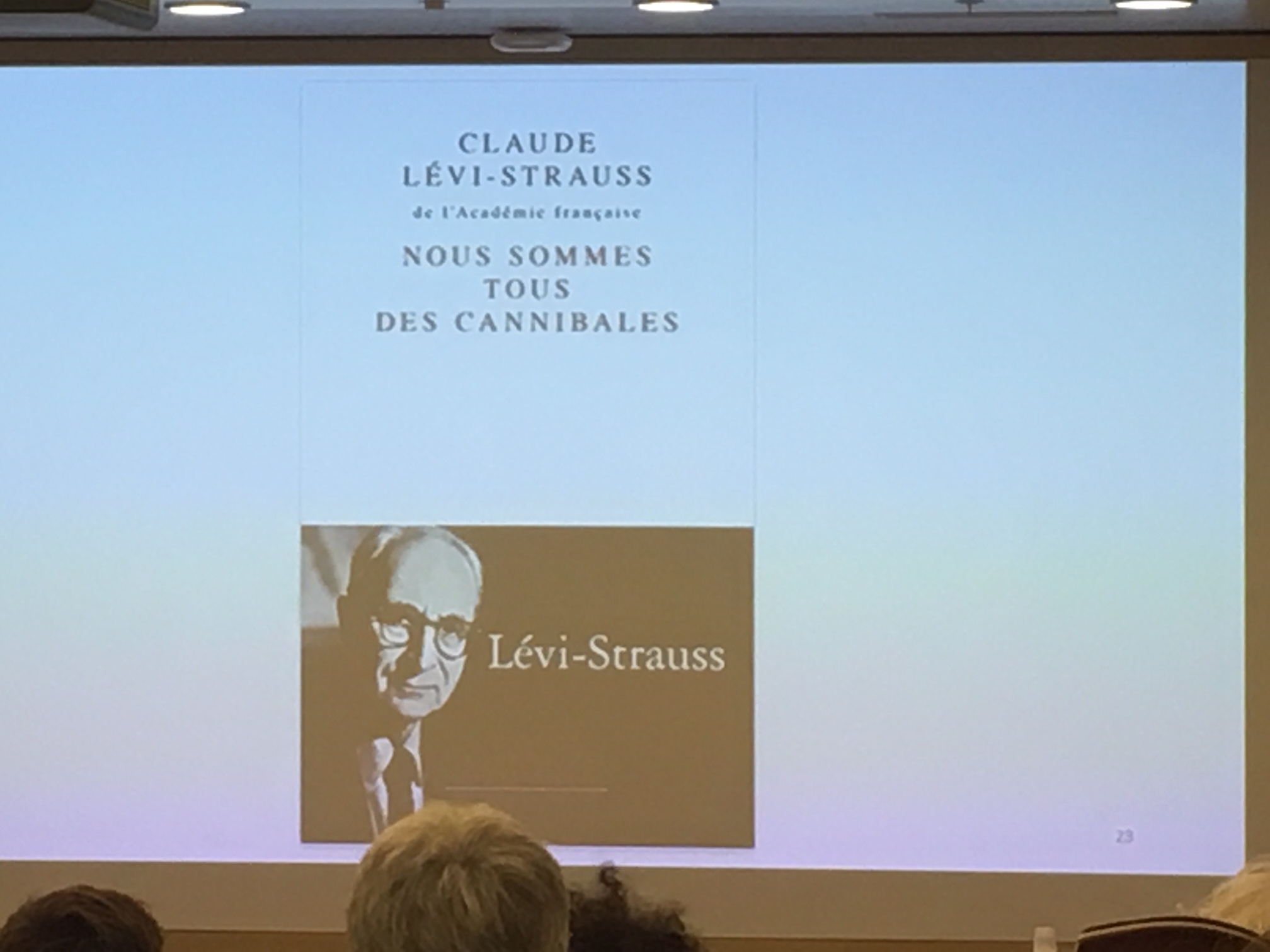 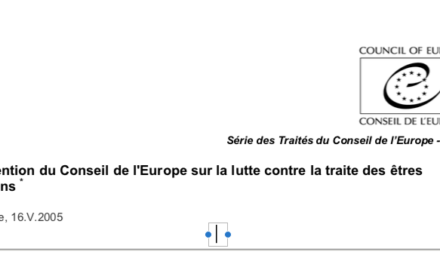 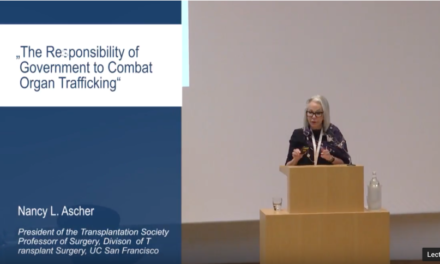 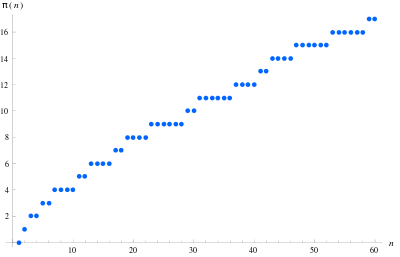